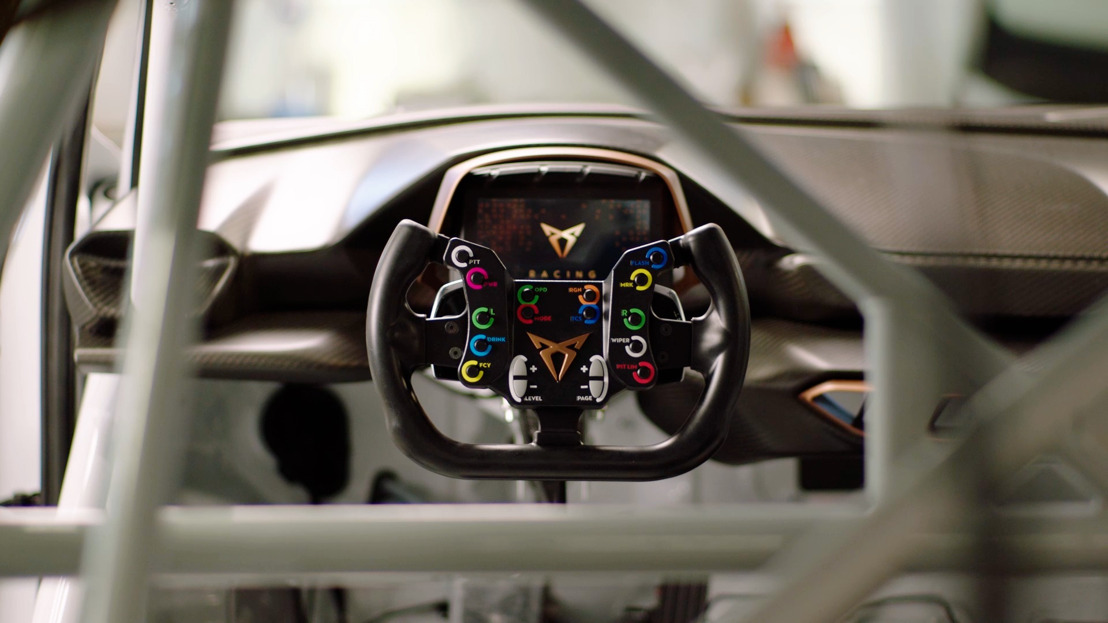 Combine performance and electrification with efficiency and sustainability. That was the challenge of the CUPRA team when designing and developing the model for the multi-brand, 100% electric touring car championship, the Pure ETCR. The result is the CUPRA e-Racer, which is now ready to conquer the racetracks.

- A new e-Racer for a new Leon. Like its predecessor, the e-Racer was developed from the CUPRA Leon. The latest generation of the passenger car features a more streamlined design than ever before, which has helped the engineers at CUPRA Racing to develop a more dynamic and powerful race car that can reach 270 km/h. “The chassis is completely new, as it is based on the platform of the new Leon, which is 50 millimetres longer and has a more efficient standard design. The floorpan and moving parts of the body are strictly standard features. The bumpers, door sills, wheel wings and spoiler are all newly designed. In addition, aerodynamic elements such as a front splitter have been added”, explains Xavi Serra, the head of Technical Development at CUPRA Racing.

- Greater power, more efficiency. One of the new features of the 2020 e-Racer is its expanded battery capacity. The number of cells is increased to 6,270 units, with a new interior layout and better cooling that makes it more efficient in terms of charging times. “We’ve taken a step forward in safety, as we’ve worked on improving the battery’s resistance to impact and intrusion”, says Xavi. The electronic system has also been redesigned with complete reprogramming.

- Evolution with pinpoint precision. Several elements have been reconfigured to compensate for the extended 50 millimetres of the CUPRA Leon on which the e-Racer is based as well as the new battery protection structure. “We have optimised the weight of many of the components. Internally, the bodywork features significant changes to install the battery and other electrical components. Not only has the safety arc been reinforced from a racing point of view, we have also worked with new components to achieve a better level of rigidity and torsion”, explains the head of Technical Development at CUPRA Racing.

- 100% CUPRA. The new appearance of the e-Racer has also changed, with distinctive copper-coloured wheels and a combination of white with more blue petrol paintwork. “We wanted to combine the CUPRA DNA with a streamlined approach. To do this, we designed progressive graphics with copper details that, in addition to dynamism, define and soften the connection between the two parts of the body in white and blue”, says Francesca Sangalli, who is responsible for Color&Trim  Concept&Strategy.

- Creating the future of zero-emission racing. Within an innovative design there are 4 engines that accelerate the electric racecar to 100 km/h in just 3.2 seconds. With this power, which it achieves with a single gear, the new e-Racer is ready for the new 100% electric touring racecar championship, the Pure ETCR, with Mattias Ekström and Jordi Gené as official drivers. “The e-Racer was the benchmark for creating an international multi-brand competition. From a technical point of view, we have paved the way”, says Xavi Serra.

50 minutes to recharge the battery