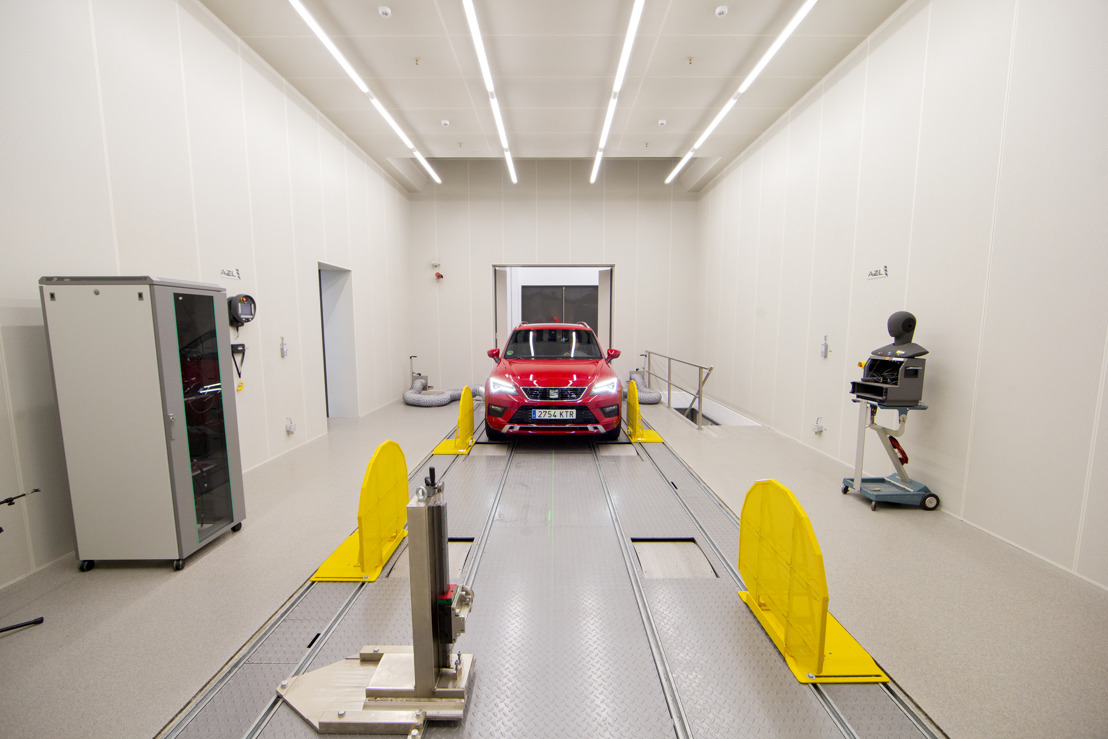 In Chile’s Atacama Desert, NASA carries out tests as it is comparable to the surface of Mars. In Ushuaia,Argentina, the only sounds you can hear are the flapping of penguins’ wings and the ice sheets cracking. They could be the most silent places on the planet, but not quite. The most quiet are anechoic chambers, a curious and descriptive name for a facility where acoustic conditions close to absolute silence are reproduced.

The SEAT Technical Centre in Martorell has one of these chambers, specifically designed to measure the sounds and noises made by a car with the utmost precision and without any interference. This is how it works.

The temple of silence. It is designed with a system called “Box in box”, and as the name indicates, it features several layers of concrete and steel that isolate it from the exterior. The inside has cladding material that absorbs 95% of sound waves to prevent echoes and reverberations. In some of these temples of silence people can sometimes hear the blood flowing through their veins or the air circulating in their lungs.

One car, more than one thousand sounds. From the engine or the turning wheels to the door closing, the ventilation system and when a seat reclines. The list of noises made by a car is endless, and they are all analysed in the chamber. “On one hand, we measure the level of unpleasantness of the noises and check that they are reduced to a minimum; and on the other, we make sure that the noises we do want to hear, the ones that refer to the operation of the vehicle, are perfectly defined. Finally, we work on making them harmonious”, explains Ignacio Zabala, Head of the Acoustics department at SEAT.

Engineers and technicians pay close attention to the engine and the exhaust system, as they give a car its voice. Many of the sounds made by a car convey information, such as the unmistakeable clicking of the turn signal indicators, which let us know without checking that they are blinking. But not only do the engine and exhaust noises inform us of when to shift gears or the speed of acceleration, they also give an insight into the character of a model. “We all know what the roar of a sporty engine sounds like, and that’s why we verify that it conveys what we want it to in the anechoic chamber” says Ignacio.

What does the cold sound like? Inside the room, specialists perform recordings with different highly sensitive microphones. One is binaural and features a torso with ear-level microphones to obtain representative recordings of what occupants hear. They place it in different positions to verify that each sound analysed is heard as it should be from any angle. But they also recreate different conditions, such as temperature, because as Ignacio points out, “a windscreen wiper does not sound the same when it’s hot outside as when the temperature is below zero; the engine when it has just been turned on as when it has been running; or the wheels on different surfaces.”

Hertz, decibels and psychoacoustics. Engineers and technicians in SEAT’s Acoustics department have several analysis tools at their disposal. The most basic include volume or spectral distribution, to other more technical parameters such as the field of psychoacoustics, or the subjective perception of sound. “For example, a slight tinkling might make us more nervous and be more unpleasant than a strident sound”, says Ignacio. One of the most important measurements of psychoacoustics is articulation, which measures the ability of two people maintaining a conversation in a specific setting.

An orchestra on wheels. “It’s no use having a car that is fully insulated from the exterior if the ventilation system sounds too loud. That’s why it’s important to reduce noise and define sounds to achieve a harmonious balance among them” explains Ignacio. He goes on to say that the goal is that the vehicle occupants feel as comfortable as possible, because acoustics “have a direct impact on comfort and are determining factors in the perception of vehicle quality.”

A ranking of silence