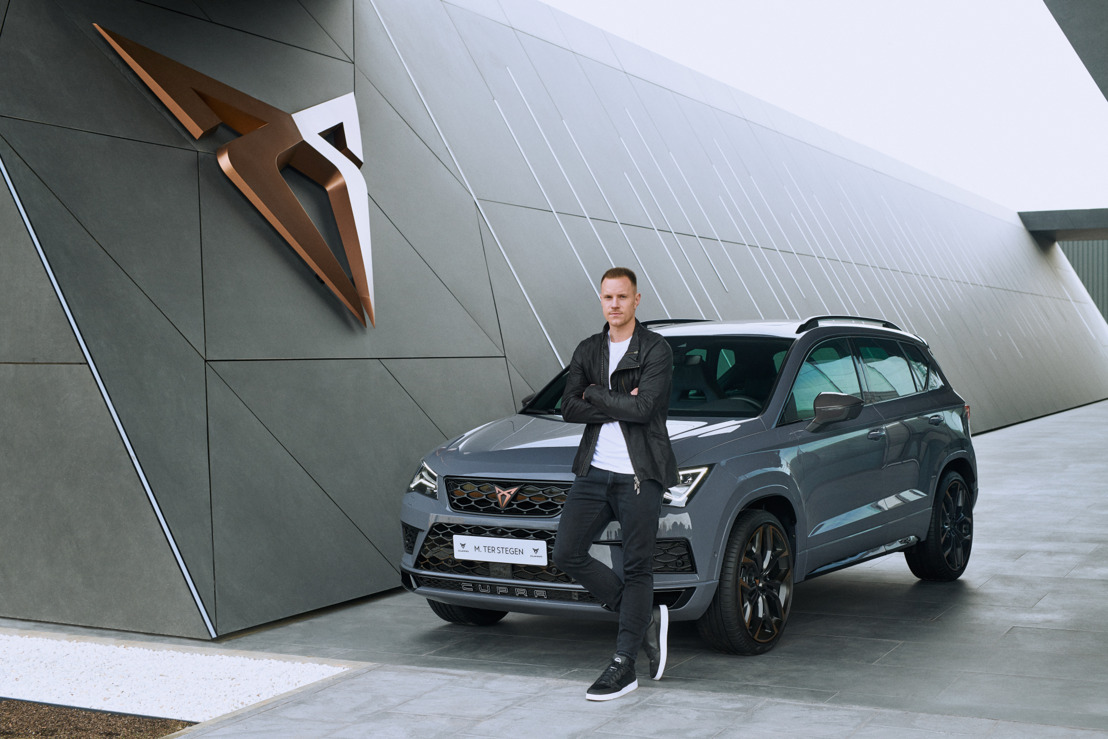 CUPRA has added a new member to its tribe, German footballer Marc ter Stegen. Widely acclaimed as one of the best goalkeepers in the world, ter Stegen becomes a CUPRA global ambassador to boost awareness of the brand around the world.

Last August, CUPRA became FC Barcelona’s Official Automotive and Mobility Partner. After closing 2019 with almost 24,700 units sold, a 71.8% increase compared to the previous year, the brand is now reinforcing this alliance by partnering with one of the club’s most prominent football players.

“We are extremely happy to welcome ter Stegen to the CUPRA Tribe. While everyone is familiar with Marc’s superb performance on the pitch, we were impressed by his exceptional personality, which made us feel instantly confident that we can start great projects together. Furthermore, while 2020 is the year CUPRA is going to demonstrate its capabilities in the market with a strong product offensive, teaming up with a first-class player who inspires the world from FC Barcelona’s goal will give us more visibility in our key markets, such as Germany or Spain”, said CUPRA CEO Wayne Griffiths.

An example beyond the realm of football

Marc ter Stegen (Mönchengladbach, 1992) has had a massively successful football career so far. The professional player has won no less than 14 titles within the last five years, including a UEFA Champions League (2015) as well as four Spanish Leagues. He has also made 24 appearances for the German national team.

While the CUPRA brand’s essence is based on contemporary sportiness, ter Stegen is widely regarded as a modern goalkeeper, possessing an agile style, quick reflexes and high foot accuracy. His strong personality makes him a key player in FC Barcelona’s starting line-up, as well as a charismatic figure in the city, whose culture he has always shown appreciation for.

“I’m proud to become a CUPRA global ambassador. I truly identify with its brand values of passion, determination and high performance, as well as its connection to Barcelona. I share the brand’s attention for fine details, high regard for exclusivity and sporty performance. I’m looking forward to enjoying this successful unique partnership where I will be actively engaging in upcoming CUPRA projects and driving their special models”, Marc said.

Ter Stegen will be presented as CUPRA global ambassador at the World Premiere of the new CUPRA Leon family, as part of the CUPRA Garage inauguration next February 20th.