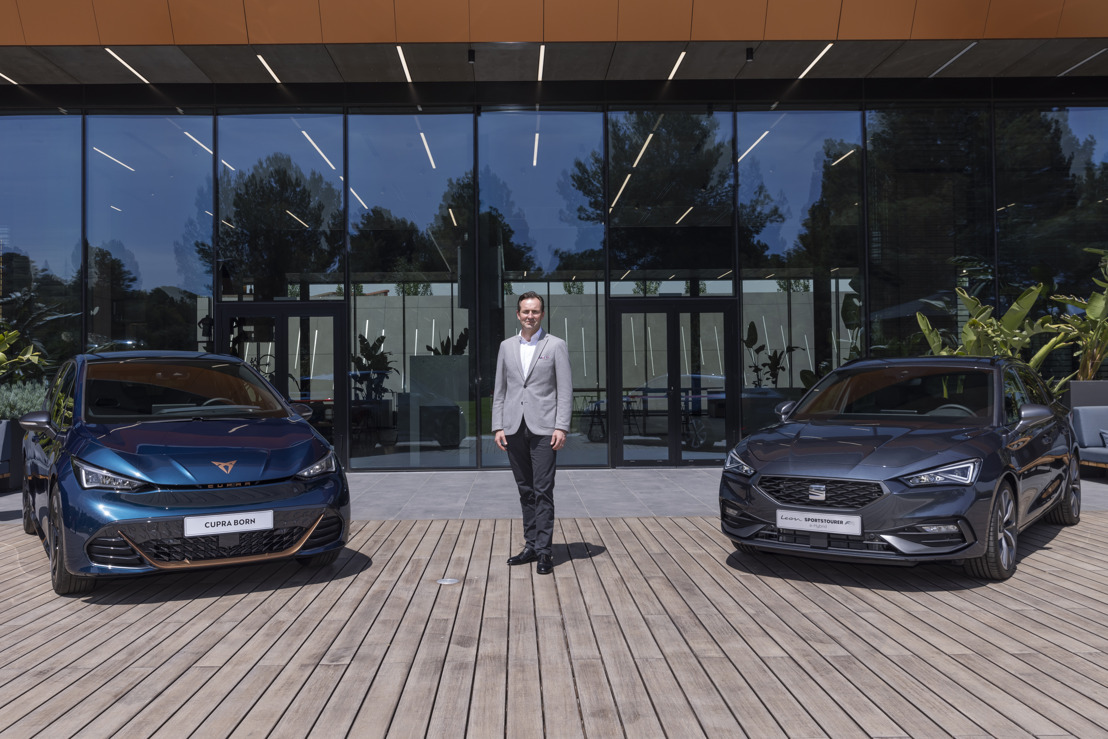 Thomas Schäfer, CEO of Volkswagen brand, has been appointed Chairman of the SEAT S.A. Board of Directors with effect from July 8,2022. This appointment sits in the framework of recent changes in the Group with effect from July 1, including Schäfer’s designation as new member of the Group Board of Management responsible for the ‘Volume’ Brand Group, which includes Volkswagen, Volkswagen Commercial Vehicles, SEAT/CUPRA and ŠKODA. The common goal: To intensify and accelerate the cooperation within the Brand Group, leveraging the full synergy potential and sustainably reducing costs and complexity.

Schäfer will succeed Thomas Schmall at the helm of the company’s Board of Directors. Together with the President of the Executive Committee, Wayne Griffiths, Schäfer will drive the growth of CUPRA and the transformation of the company with the aim of positioning Spain into an EV Hub in Europe. In recent months, during Schmall’s tenure, the foundation has been laid with milestones such as the ground-breaking Future: Fast Forward project, the mobilization of a 10-billion-euro investment programme together with partners and the localization of a planned Volkswagen Group Gigafactory in Valencia.

“The coming years will be both exciting and challenging for SEAT/CUPRA,” said Thomas Schäfer. “The company drives forward key strategic projects for the entire Volkswagen Group: the growth of business, as well as the electrification of Spain, with the design, development and production of the urban electric vehicle models for our Volume brands. With its expertise and passion, our Spanish team will play an important role for overall success. I look forward to support SEAT/CUPRA on its path into the future as a strong, committed partner within the Volume Brand Group,” the new Chairman of the SEAT S.A. Board of Directors added.

Thomas Schäfer has extensive experience in the international automotive industry. The qualified mechanical engineer began his career at Daimler AG in Stuttgart in 1994, where he held various senior management positions. Schäfer joined the Volkswagen Group in 2012, initially heading the Group’s International Production unit, where he held responsibility for CKD projects and negotiations on new production sites. Schäfer became Chairman and Managing Director of Volkswagen Group South Africa in 2015 and was responsible for Volkswagen’s business in this country and the development of the Group brands in the sub-Saharan Africa region. Schäfer was appointed Chairman of the Board of Management of ŠKODA AUTO a. s. in August 2020.

Laura Carnicero, currently Director of Personnel at SEAT S.A., succeeds Xavier Ros and has the challenge of driving SEAT S.A.'s cultural change to face the transformation of the company towards electrification and CUPRA's growth in the coming years. She will take up her new post on July 1. Markus Haupt, currently President of Volkswagen Navarra, will join SEAT S.A. on September 1. In his new role he will promote production synergies between the Volkswagen Group's factories in the Iberian Peninsula (Martorell, Pamplona and Palmela in Portugal). The executive will replace Herbert Steiner who is leaving the company to undertake new professional challenges.

"Laura Carnicero is a strong leader with proven experience in our company. Her appointment is a recognition of her work and achievements and the internal talent we have at SEAT S.A. People are the most important driving force behind our organization. I am convinced that Laura is personally committed to SEAT and to the transformation of our company," emphasised Wayne Griffiths, President of SEAT S.A. challenges.

Regarding Haupt's incorporation, Griffiths said that "Markus is an expert in production and in processes, and he knows SEAT very well. I am pleased that he has accepted the challenge of electrifying the company and he has a clear commitment of making Spain a future hub for electromobility in Europe. Markus is one experienced professional in the Volkswagen Group and is motivated to drive this change towards electrification in Martorell."