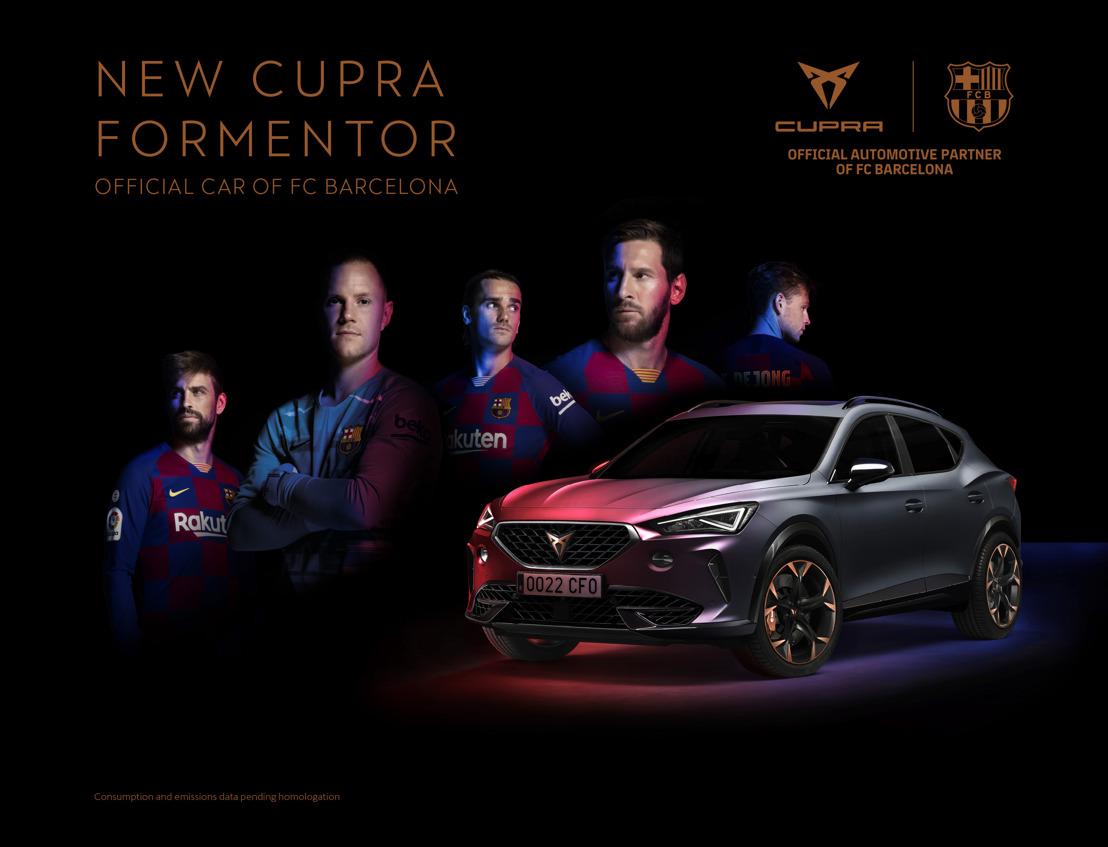 The CUPRA Formentor becomes the first-ever model to be selected as FC Barcelona official car. On the announcement, CUPRA CEO Wayne Griffiths highlighted that “naming the CUPRA Formentor as FC Barcelona’s official car is a natural move. This model has been designed, developed and will be produced in Barcelona, the city where these two brands were born and from where we want to inspire the world. This assignation will boost the car’s global visibility and places us one step further in making CUPRA a desirable brand for car lovers.”

As part of the partnership between CUPRA and FC Barcelona, the CUPRA Formentor will be delivered to the football club for institutional uses. Moreover, the partnership also provides that those players who would like to enjoy the new model will have the option of customising their own CUPRA Formentor, thanks to its high level of personalisation with a broad colour palette and several other design elements. One of the first players to express his desire to get his hands on the brand’s flagship model is the German goalkeeper Marc ter Stegen, who became a CUPRA global ambassador last February.

Additionally, CUPRA will develop joint visibility actions with FC Barcelona to raise awareness of the brand’s new model around the world, which includes showcasing the CUPRA Formentor at the Camp Nou as soon as fans can return to the stadium.

The CUPRA Formentor will be the first 100% CUPRA model to be produced in Martorell and it will be manufactured on line 2 of the plant. The brand’s flagship model combines the advantages of a performance car with the qualities of an SUV in the growing CUV segment.

At the time of launch the Formentor will feature a 2.0 l TSI Turbocharged petrol engine with a total output of 310PS (228kW) and 400Nm of torque. The first examples of the CUPRA Formentor will hit the streets next autumn. From 2021, a PHEV plug-in hybrid version will also be launched onto the market, with a combined total power output of 245HP and a range in electric-only mode of approximately 50 km.