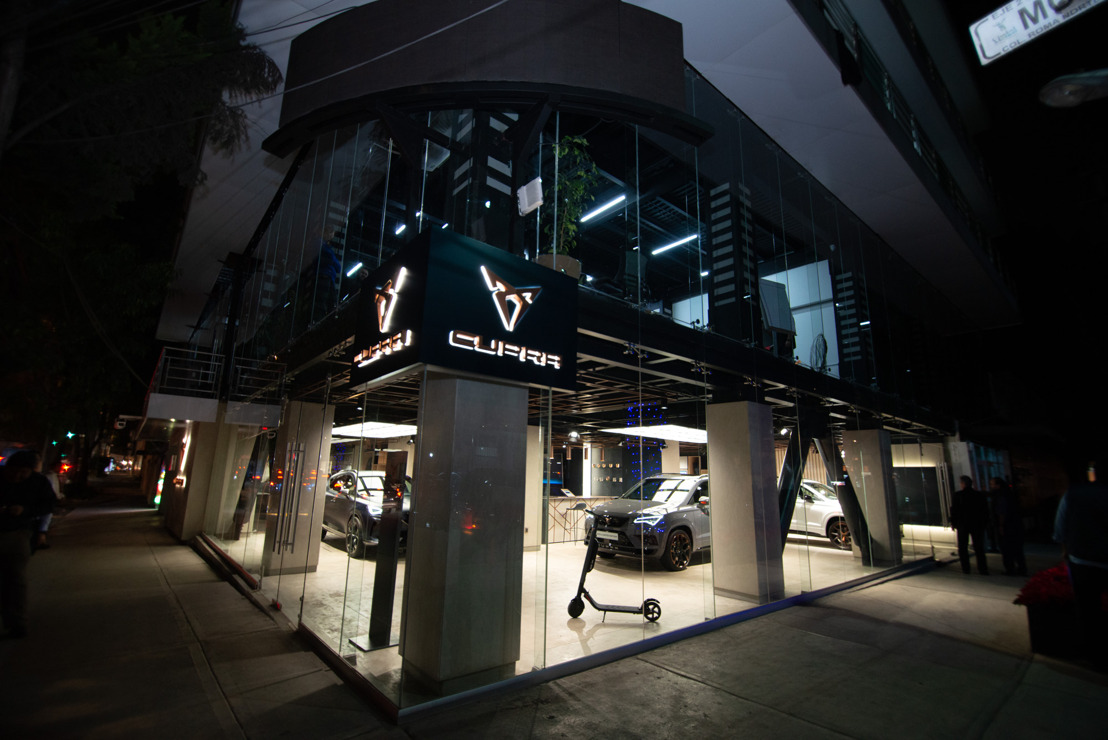 CUPRA is revving its engines in Mexico. As part of its expansion strategy, the new brand is making its debut in the country by opening its first global flagship store and with the market launch of the CUPRA Ateca.

CUPRA has chosen Mexico City as the location of the world’s first CUPRA Garage, a space that is exclusively dedicated to the brand where a unique experience awaits car enthusiasts. At the same time, the brand has installed six CUPRA Corners throughout the SEAT dealership network in Mexico.

CUPRA CEO Wayne Griffiths was on hand to officially open the brand’s first global flagship venue, joined by other corporate executives and investors. “Mexico is a key market for CUPRA, and the inauguration of the CUPRA Garage is an important step for the brand’s expansion. Our models have always had a great acceptance in this market. In 2018, one of every three units sold of the SEAT Leon was a CUPRA, the highest mix worldwide”, Griffiths pointed out.

The CUPRA Garage is a 300 square metre street-level venue featuring a contemporary design inspired by the brand values of uniqueness, sophistication and performance. It is located in Colonia Roma, one of the most exclusive areas of Mexico City. The locale is equipped with a digital experience zone, a Racing area, as well as a selection of racing products and accessories. CUPRA has also set up a space with direct access to the street for new car delivery and test drives. Finally, the CUPRA Garage also has a SEAT Corner, with one of the company’s demonstration models.

The contemporary design of the CUPRA Garage combines with state-of-the-art technology which enables visitors to attend a virtual reality demonstration of the CUPRA Formentor and the CUPRA Tavascan Concept.

Besides this new venue, CUPRA currently has six CUPRA Corners throughout the SEAT dealership network in Mexico, with 13 CUPRA Masters who provide customers with the brand experience in Mexico City, Puebla and Guadalajara.

The carmaker has begun its journey in Mexico with the launch of the CUPRA Ateca. The huge response to the pre-orders campaign, which kicked off last October, is a sign that it will be well-received by Mexican car lovers.

After a little more than a year and a half in operation, CUPRA has achieved sales records every month, reaching 20,600 units sold until October 2019, which is 78.9% more than in the same period the prior year. This puts CUPRA on the right track to fulfilling its goals for this year, which consist in strengthening the position of its range of models on the market, completing the implementation of the distribution network, which currently features 243 CUPRA Corners, and furthering the training of the more than 240 CUPRA Masters.

Moreover, the brand has its sights set on completing its European offensive, where Germany continues in the lead of CUPRA’s main markets with more than 8,700 units sold, followed by the UK, Spain and France. Switzerland and Austria also stand out with triple digit growth so far this year.