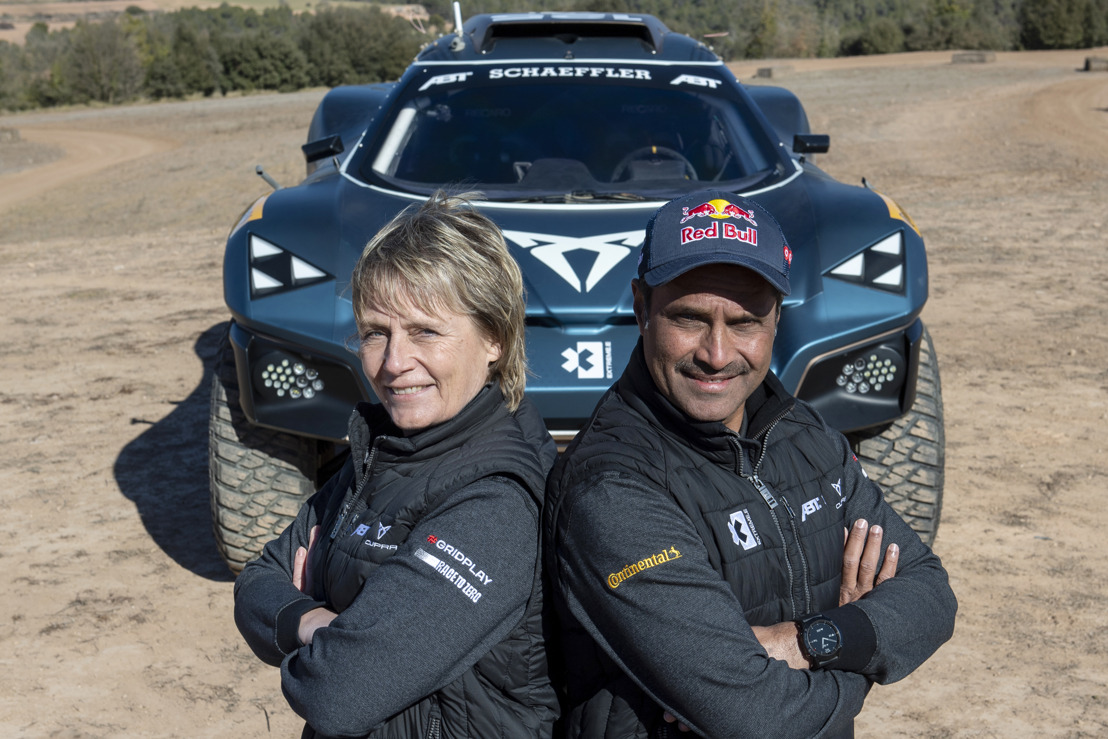 After the huge success of its debut campaign in 2021, Extreme E ─ the global electric racing competition that highlights natural environments under threat from climate change ─ is gearing up for the start of its second season. The competition aims to encourage us all to take positive action to protect the planet’s future, using electric racing cars to highlight how we can prevent further damage and help with climate change issues.

CUPRA has been part of Extreme E from the outset. It was the first automotive brand to announce its participation, joining forces with ABT Sportsline as the team’s main partner.

Having completed its debut season, which culminated in a fifth-place finish on the overall standings, the ABT CUPRA XE team is now focused on making the most of its second season. It will take on this challenge with two great drivers at the wheel. Four-time Dakar winner Nasser Al-Attiyah (2011, 2015, 2019 and the 2022 edition) joins the team and will partner current CUPRA driver (and a former Dakar winner herself in 2001) Jutta Kleinschmidt. This new driver pairing will be a key part of the ABT CUPRA XE's push to compete for podium places and race wins at every event on the calendar.

At CUPRA, electrification and performance go hand in hand, and the 2022 reinterpretation of the e-CUPRA ABT XE1 matches the spirit of the Extreme E Championship. The car is equipped with a 54-kWh battery, placed behind the cockpit which contributes to produce an optimal car weight distribution, and goes from 0 to 100km/h in about four seconds. Crucially, the CUPRA Tavascan XE is more sustainable and environmentally focused than before, and comes equipped with 3D-printed parts to improve adaptability and make repairing the all-electric car far easier and quicker during the heat of a race.

The all-electric off-road racing car hints at the design language to be used in the future series production CUPRA Tavascan, the brand’s second 100% electric model based that will be designed and developed in Barcelona and will reach Europe and overseas markets in 2024.

The Extreme E series is enhancing CUPRA’s electrification research while promoting electrification, sustainability, environmental awareness, and gender equality. The first round of the season is scheduled for 19 and 20 February in Neom (Saudi Arabia).

Jutta Kleinschmidt, 2022 ABT CUPRA XE driver, said: “I can’t wait to start the 2022 season. Last year we built a solid base and competed for the top places. This year, the challenge is to achieve race wins and podium finishes more consistently, and we are ready to do it. My passion for off-road racing fuels everything I do and sharing this passion with such a great team inspires me to perform my best on the track. I just want to start the season!”

Nasser Al-Attiyah, 2022 ABT CUPRA XE driver, said: “I’m very excited. I believe this is going to be a massive experience for me, as the Extreme E Championship is a step forward towards a better future. I’m proud to have joined the CUPRA tribe for this adventure, and I know we can do a great job. The team’s background, combined with the experience of Jutta and me, can consolidate all the great work so far. We are really determined, and the goal is to win. I can’t wait to be sat in the car and start having fun. Let’s make the most of this opportunity!”

Dr. Werner Tietz, Executive Vice-President for Research and Development at CUPRA said: “We are always looking for challenges and we saw last year that the Extreme E competition matches the CUPRA spirit and shows that electrification and performance go hand in hand. It’s a great opportunity for us to keep updating our cars, to keep working on future developments and we are delighted to race in 2022. With Jutta and Nasser on the team, we’ll keep pushing to be as good as we can and get the CUPRA Tavascan XE to the top of the podium.”

Hans-Jürgen Abt, Managing Partner ABT Sportsline said: “As much as we enjoyed our first season in Extreme E, this championship is still ‘unfinished business’ for us. Our goals remain the same: We want to fight for race wins and the title. I have full trust in our team, our drivers, our car and our partners and I can’t wait to see our two Dakar heroes Jutta and Nasser out on track. At the same time, I would like to thank Mattias (Ekström), who played a major role in building up our team and now wants to concentrate on other challenges. He has been a member of our ABT family for more than two decades and will be in the future.”