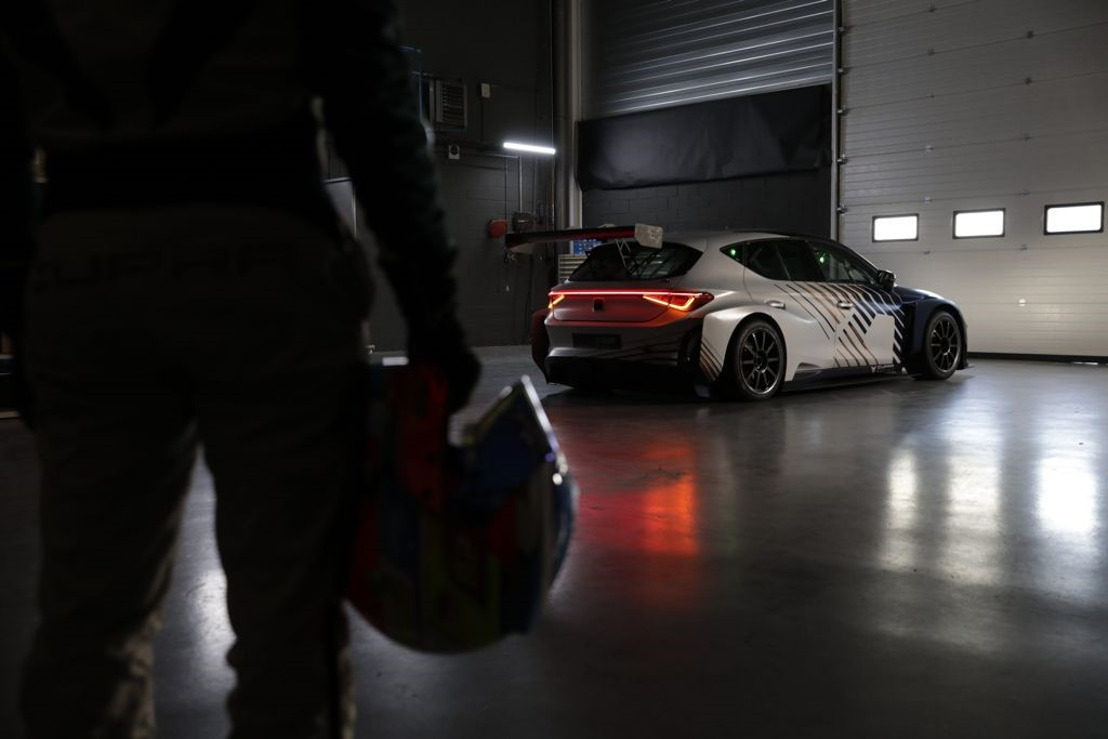 CUPRA is taking an important role in the transformation of motorsport into a new, more sustainable, innovative and equally exciting era. It was the first car manufacturer to announce its participation in Extreme E last September, the 100% electric SUV championship competing in locations affected by climate change. And now CUPRA is entering a new phase for touring car racing, participating in the PURE ETCR.

“PURE ETCR is the beginning of a new era for touring car racing, which we at CUPRA are proud to herald, just as we once led the successful TCR concept,” said Dr. Tietz, Executive Vice-President for Research and Development at CUPRA and SEAT. “This new championship is going to be very exciting and we are looking forward to seeing epic battles on track. We have the right team to achieve great success, with Mattias, Jordi, Mikel and Dániel.

As in everything we do, we are going to fight for the victory!”.

The PURE ETCR is a new championship, promoted by Eurosport Events, just like the World Touring Car Cup (WTCR), where CUPRA is also present through customer teams and the CUPRA Leon Competición. This new championship adopts the newly developed ETCR concept, an equivalent to the TCR for completely electric vehicles, redefining exciting touring car racing.

The brand will be represented on track by the CUPRA e-Racer, the world’s first 100% electric racing touring car, which was first presented at the Geneva Motorshow as a concept back in March 2018, anticipating the future of racing series. The CUPRA e-Racer in its final form was presented in February last year, during CUPRA’s second anniversary.

The CUPRA e-Racer offers dreamlike performance and is set to thrill PURE ETCR spectators. Thanks to its four electric motors on the rear axle and its 65kWh liquid-cooled battery, it generates a combined maximum power output of 500kW (680 PS) and delivers maximum torque of 960Nm. The advanced electric race car accelerates from 0 to 100 km/h in just 3,2 seconds and reaches a top speed of 270km/h.

The CUPRA e-Racer has completed more than 5,000 kilometres during development since its first run on a circuit in 2018, with drivers such as Jordi Gené, Mattias Ekström and Mikel Azcona at the wheel, who have brought their knowledge throughout the process. The electric car has been tested at tracks such as Montmeló, Calafat, Castellolí, Mallorca, in Spain, and Rijeka (Croatia). The final development phase, once the new battery designated for the PURE ETCR and all the electronic systems associated with it, such as the Vehicle Control Unit or the safety systems, had been integrated, took place at Motorland Aragón (Spain) and Vallelunga (Italy) during the first half of this year.

“The design and development of the CUPRA e-Racer has been one of the most exciting and challenging projects I have been involved in. It has been a long road, with thousands of testing kilometres in different parts of Europe and in different conditions to discover the true potential of this amazing racing car,” said Xavi Serra, CUPRA Racing Head of Technical Development.

A perfect team for a big challenge

CUPRA will field two e-Racers in the PURE ETCR, which will be driven by Mikel Azcona, Mattias Ekström, Jordi Gené and Dániel Nagy. They will form a team that combines youth and experience, helping CUPRA achieve its single objective of fighting for the first title in the history of an electric touring car championship. For all of them, PURE ETCR will be an unprecedented challenge, not only because it is a completely new technology, but also because the competition format is so revolutionary.

In PURE ETCR, participants will be drawn into groups and will be pitted against each other in short, exciting races of 8-10 kilometres, where drivers will have tools such as "Power-up", giving them an extra boost of power to overtake an opponent, or to try to defend their position. Depending on the “Battles” results, the final rounds will be allocated, in which the winner and the rest of the results will be decided, with races of 12-15 kilometres in distance. The winner of the event will be known as "King or Queen of the Weekend" and will score the highest number of points (30).

Equality among the participants is assured, as all the participating vehicles are very similar technically. By regulation, all are all-electric, rear-wheel drive, must develop a power output of 500kW and have a 65kWh battery. The only areas where margins of adaptation and work by each brand are allowed are the chassis, aerodynamics and bodywork dimensions.