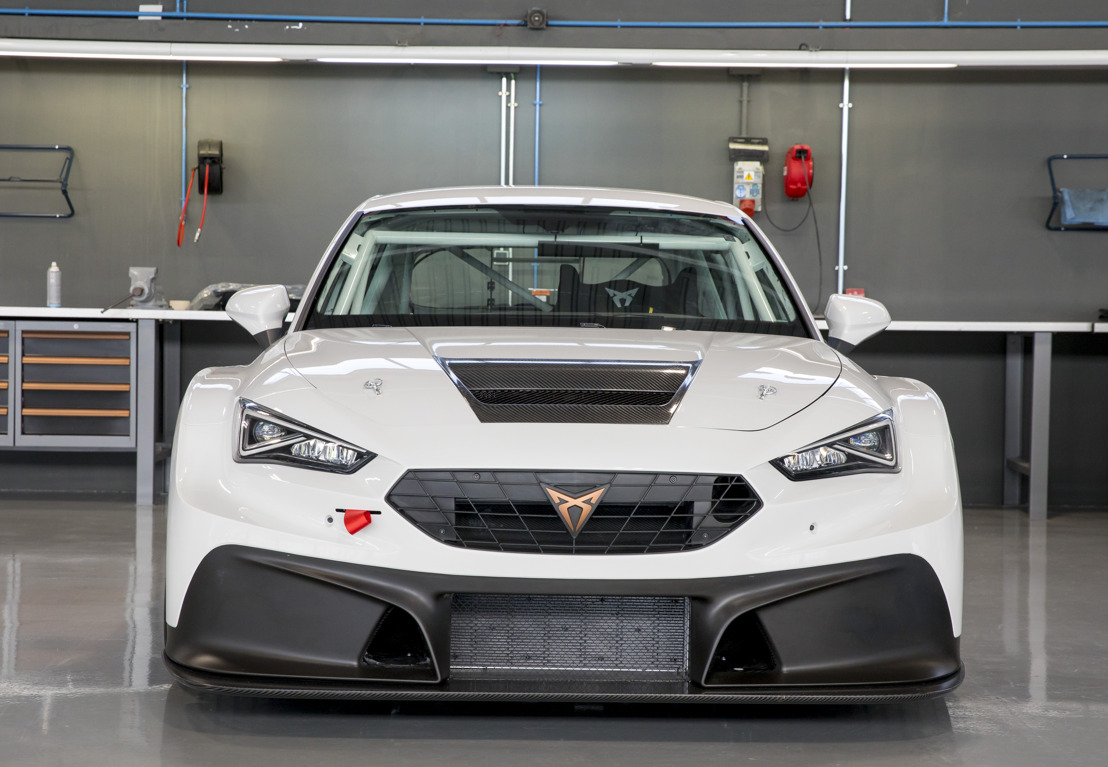 Following its presentation last February, the CUPRA Leon Competición was taken to the track this weekend. CUPRA’s new touring racecar made its successful world racing debut at the first race of the TCR Italy 2020 at the Mugello circuit.

Modelled after the new CUPRA Leon, the first two units of the CUPRA Leon Competición left the CUPRA Racing Factory last week headed for Italy, where they made their debut with the winning team of the national touring car competition, the Scuderia del Girasole by CUPRA Racing and the two-time Italian champion Salvatore Tavano and his team-mate Simone Pellegrinelli.

The racing debut of the CUPRA Leon Competición was postponed due to the cancellation of the TCR series last March as a result of the COVID-19 pandemic. The return of the competition took place in extraordinary circumstances, as the first race of the 2020 TCR Italy was held behind closed doors.

CUPRA Racing director Jaime Puig underscored that “we were very pleased to get back to the tracks and to do so with the debut of the CUPRA Leon Competición. We have the newest model on the grid, and I believe we’ve developed a car capable of repeating the victories of its predecessor. Now that the competition is back on, it’s time to support all our client teams through our engineers.”

Despite a difficult preparation due to the COVID-19 situation Salvatore Tavano and Simone Pellegrinelli, the drivers of the Scuderia del Girasole by CUPRA Racing team, gave the CUPRA Leon Competición’s a great racing debut.

Two-time TCR Italy champion Tavano led the CUPRA Leon Competición to victory in Mugello's first race. After starting from third position, the Sicilian driver moved into second place on the first lap and was already in first place on the fourth lap, after overtaking the race leader up to that point, Marco Pellegrini.

Despite a difficult second race (tyre puncture) Tavano goes into the second round of the 2020 TCR Italy as championship leader.

The new passenger racecar, engineered to compete in the TCR series and in endurance races around the world, is equipped with a 2.0 litre turbocharged engine that develops 340 HP at 6800 RPM and 410 Nm of torque mated to a six-speed sequential gearbox, giving CUPRA’s brand new competition model 0 to 100 km/h acceleration in 4.5 seconds and a top speed of 260 km/h. Compared to the previous generation CUPRA TCR, the CUPRA Leon Competición combines the brand’s new bodywork and a chassis geometry designed specifically for the model, which reduces weight, provides rigidity and allows greater customisation options for each team and driver.

The CUPRA Leon Competición perfectly reflects the contemporary character of the CUPRA brand and its racing DNA. Even before its competition debut, the CUPRA Leon Competición already set new standards in the world of motorsport, as at the end of 2019 it became the first touring racecar available for pre-reservation via an online platform. Moreover, the brand new model made its first virtual appearance at the CUPRA Simracing series last May with CUPRA ambassadors Marc ter Stegen, Mattias Ekström and Jordi Gené.