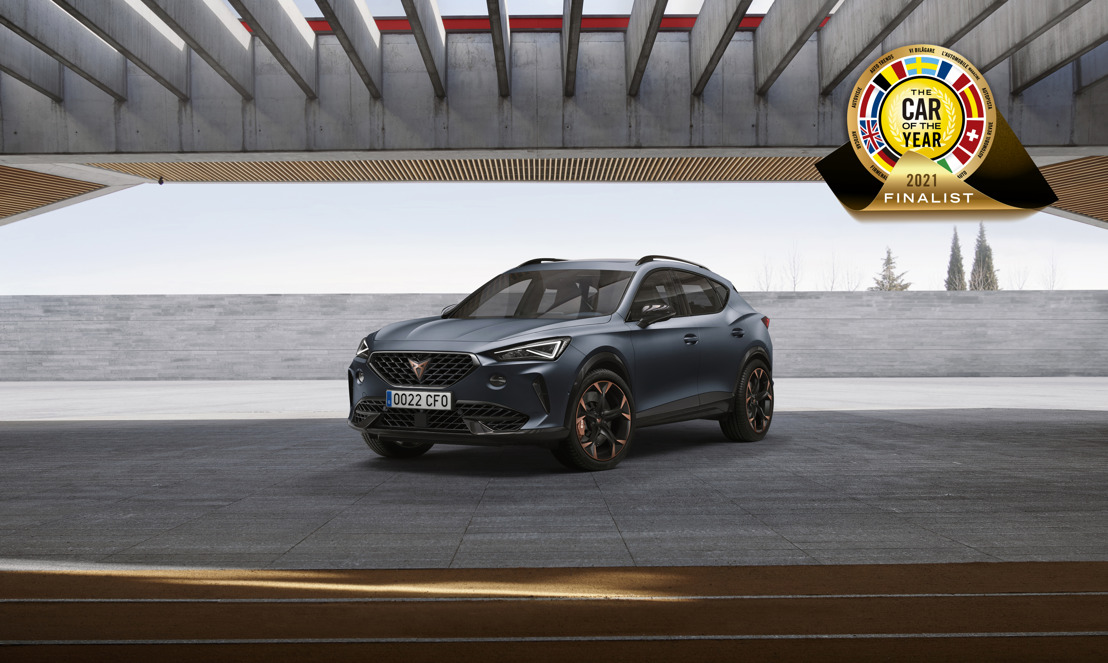 In February 2018, CUPRA was born. An unconventional challenger brand which now offers a completely new product portfolio: CUPRA Ateca, CUPRA Leon and CUPRA Formentor. A relevant brand in the market, now reinforced with a nomination for the CUPRA Formentor, as one of the seven finalists in the prestigious Car of the Year 2021 award.

The CUPRA Formentor, the brand’s first uniquely designed and developed vehicle, will go bumper-to-bumper with six other finalists to decide which vehicle is named the winner.

“The CUPRA Formentor’s nomination in this year’s Car of the Year award is a tribute to the hard work and dedication of the brand’s entire team,” said Wayne Griffiths, President of CUPRA and SEAT. “The CUPRA Formentor, our first uniquely designed and developed model, is a real game changer: It brings a dimension to the market that hasn’t been seen before, helping make the brand more visible and desirable. With the CUPRA Formentor, we are joining a new growing segment in Europe.”

The CUPRA Formentor brings together the benefits of a performance car with the qualities of an SUV. It’s a vehicle that brings together the needs of today’s customers with a solidity and range of offerings that set it apart. A wide range of seven different powertrains, including two plug-in hybrid versions, a fully connected experience and the most advanced safety and convenience systems, take the crossover coupe to a new level. And now it’s taking on the competition in a new way.

The Car of the Year 2021 brings together a panel of prestigious motoring journalists from across Europe with the objective of finding the most outstanding new car on sale. The award’s jury consists of 60 members, who represent 23 European countries, who come together to pick the winner. The winner will be announced on March 1st.