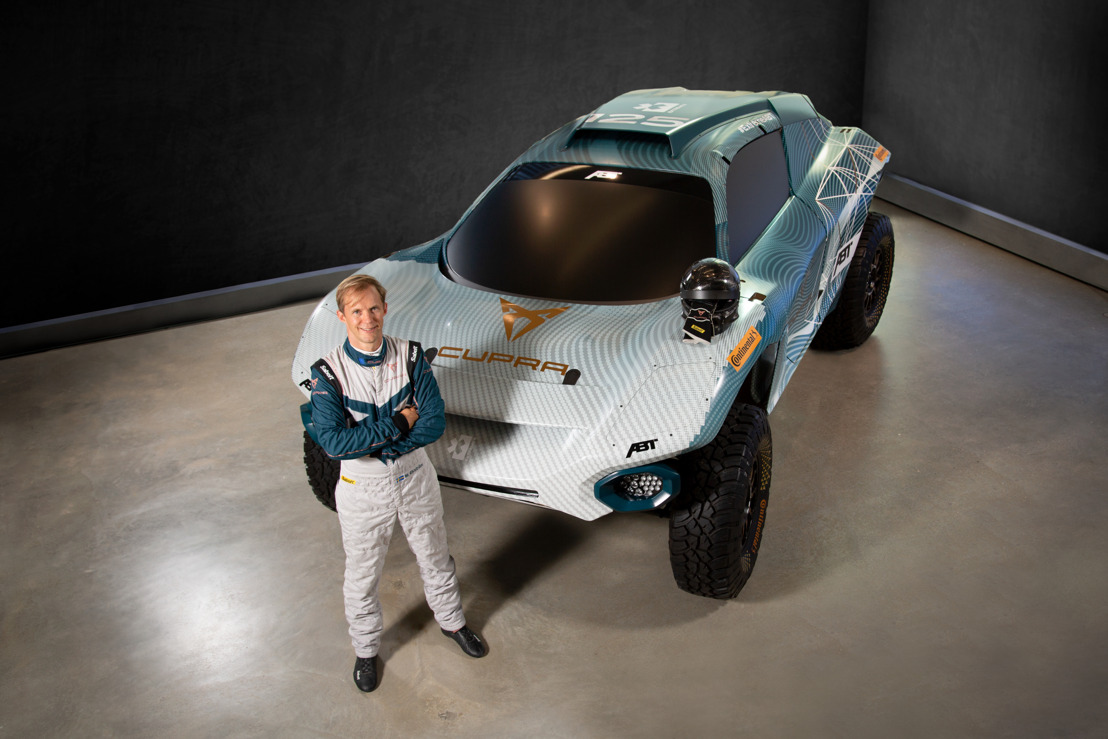 CUPRA is taking its motorsport heritage into the contemporary times joining the Extreme E racing series as the main partner of the ABT Sportsline team. The unconventional challenger brand has a distinguished track history, and the tie up with Extreme E brings together CUPRA’s strong motorsport knowledge and a new approach to electrified racing.

Extreme E, the electric SUV off-road competition, is set to travel across some of the world’s most extreme and remote environments in 2021. The inaugural season will be staged across Arctic, Desert, Rainforest, Glacier and Ocean locations, selecting places which have been damaged or affected by climate change.

“CUPRA and the Extreme E competition hold an identical challenger attitude to prove that electrification and sportiness can be a perfect match. This kind of partnerships boost our path towards electrification as we will have 2 plug-in hybrid models by the beginning of 2021 and our first all-electric vehicle, the CUPRA el-Born, that will be ready by the second half of next year.” said President of SEAT & CUPRA, Wayne Griffiths.

CUPRA’s move into the Extreme E arena isn’t a surprise, as the brand has always pushed the boundaries of what is possible. For instance, the CUPRA e-Racer – the world’s first all-electric racing touring car – integrated four single-speed electric motors that delivered a combined 680 PS (500kW) and 960 Nm with a 65kWh liquid cooled battery pack, helping redefine what motorsport could be.

That project helped the brand develop its knowledge as it takes a journey towards electrification becoming an ever more important part of its passenger vehicle line-up. And it now has the CUPRA Leon plug-in hybrid, which will be followed at the beginning at 2021 by the CUPRA Formentor plug-in hybrid, which will be available in 2 different variants, and will be joined by the CUPRA el-Born in the second half of next year. All vehicles will bring sustainable mobility with the character and dynamism that enthusiasts desire.

CUPRA will pair up with ABT Sportsline as the racing team’s main partner, and will contribute to lining up a team of engineers and drivers for this electric odyssey. The Extreme E has a gender equal sporting format whereby teams must field one male and one female driver. The first of whom is CUPRA e-ambassador, Rally Cross and DTM Champion Mattias Ekström.

“Extreme E is a mix of Raid and Rally Cross, racing through very different environments with tracks marked using GPS,” said Ekström. “But it holds a lot of promise for developing electric vehicles; collecting data to feedback into cars in areas such as software and regeneration.”

CUPRA’s involvement in Extreme E isn’t solely because of a desire to exceed in motorsport, but to also feed accrued knowledge back into its passenger vehicle line-up so it can develop and deliver the optimum experience for drivers. On top, this championship is an entertainment platform across all channels that will boost the visibility of the brand.

There are a great many areas where knowhow can be transferred, that should bring huge developments to future vehicles in areas including driveability, power delivery, chassis setup and steering.

Extreme E’s inaugural season should begin in early 2021 with a five-stage format. The global voyage will utilise its international entertainment platform to promote electrification, sustainability, and equality.