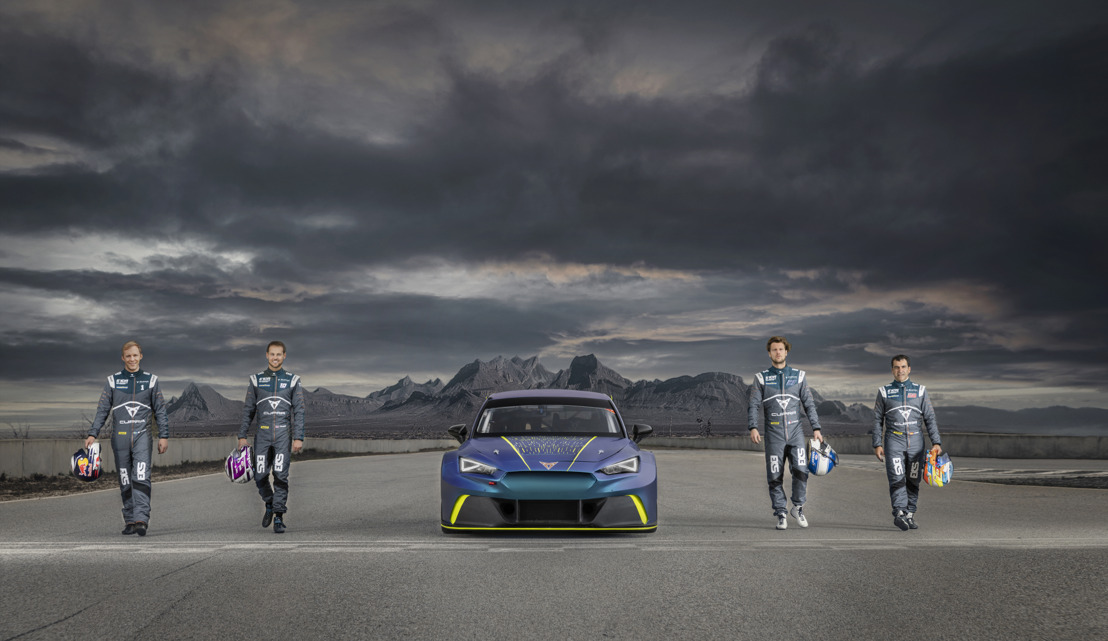 Blomqvist, son of the 1984 World Rally champion Stig Blomqvist, became the youngest ever Formula Renault UK champion when, aged just 16, he won the title in 2010. Since then the Swede has raced in German Formula 3, DTM, Formula E and challenged for victory several times at the Macau Grand Prix. The 28-year-old has also raced in the Blancpain GT Series, FIA World Endurance Championship and the IMSA SportsCar Championship – winning both the 24 Hours of Spa (2018) and Daytona 24 Hours (2022), finishing second in LMP2 at the 24 Hours of Le Mans (2021) and third at the Petit Le Mans (2019).

Having started his racing career in Germany, Paris-born Tambay, son of former Formula 1 race winner Patrick Tambay, has raced in the Formula 3 Euroseries, Auto GP, GP3 (winning at Spa-Francorchamps) and in the DTM. Like Blomqvist, the 31-year-old will make his FIA ETCR eTouring Car World Cup debut with CUPRA EKS this year.

Gené needs no introduction to CUPRA, as he’s been with brand for most of his illustrious racing career. As one of the world’s top touring car test drivers, Gené – who finished fourth in the ETCR drivers’ standings last year – is instrumental in the continued development of the CUPRA e-Racer, the world’s first 100% electric touring car.

Ekström is the current ETCR champion and founder of EKS. The 41-year-old Swede is regarded as one of the world’s most versatile drivers, having competed in the FIA World Rally Championship, NASCAR, the Bathurst 24 Hours and the Dakar Rally. He is a FIA World Rallycross champion (2016), a two-time DTM champion (2004 and ‘07), Swedish Touring Car champion (1999) and a three-time winner of the Race of Champions (2006, ’07 and ’09).

When it makes its 2022 race debut at the opening round of the FIA ETCR eTouring Car World Cup at Pau Ville in France (6-8 May), the CUPRA e-Racer will appear in a brand-new livery. The multi-layered and chameleonic body colour, with vivid and morphing green and violet hues scattered by neon yellow kinetic accents, is a design inspired and influenced by the digital world and signals a revolutionary change in the brand’s aesthetics.

There will be innovations under the skin too. The CUPRA e-Racer’s weight optimisation has been enhanced, while reinforced parts make it even more robust. The car will also feature a new roof hatch above the driver’s helmet and removable plastic windows which will allow medical access to the cockpit where entry via the doors is otherwise compromised.