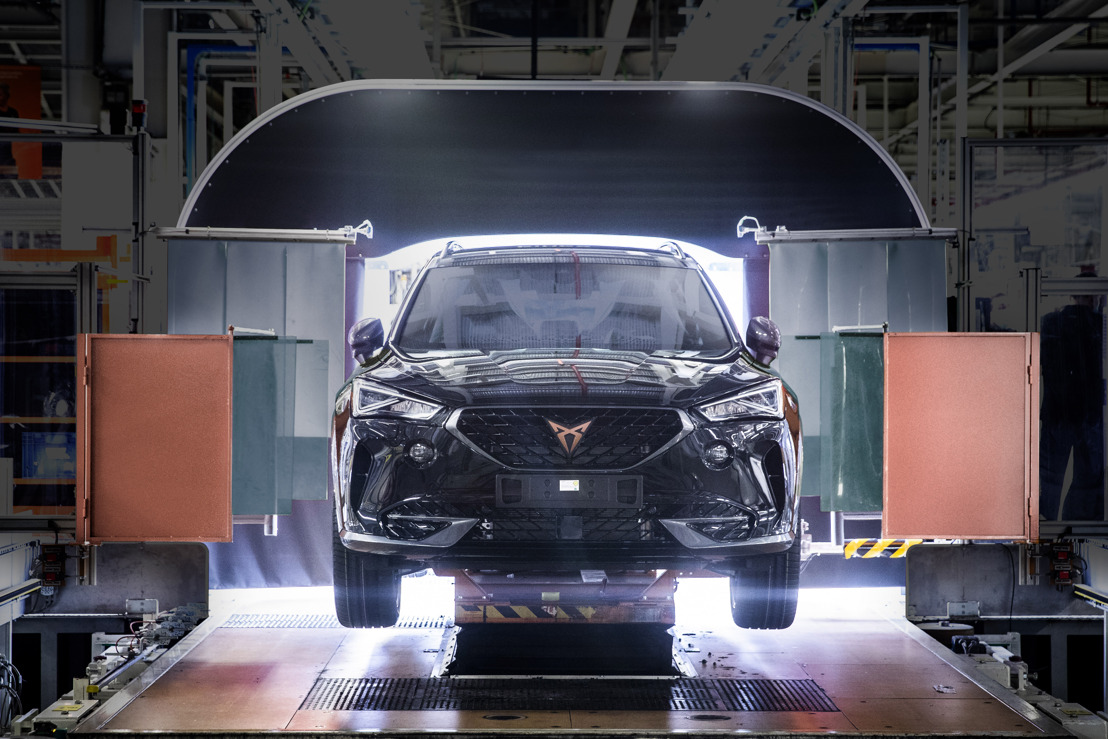 CUPRA starts production of the new Formentor e-HYBRID, which will be on the market ​ starting from March. With the two new 204PS and 245PS plug-in hybrid versions, the first car uniquely developed and designed for CUPRA continues to prove that performance and electrification are a perfect match. The new CUPRA Formentor e-HYBRID, which in the first weeks will reach a daily production of 100 units, will contribute to reducing global CO2 emissions and meeting European targets.

In addition, as of this month, the company is now taking orders for the CUPRA Formentor e-HYBRID in its 245 PS version, while the 204 PS version will be available in the coming weeks. With these two versions, which join the launches of the CUPRA Leon e-HYBRID and the CUPRA Leon e-HYBRID Break, the brand will have a total of six PHEV versions on the market. When the full range of powertrains is commercially available, CUPRA aims to reach total turnover of 1 billion euros. The future CUPRA el-Born, the brand’s first all-electric model, will also be added to the portfolio later this year.

CUPRA and SEAT President Wayne Griffiths said “the CUPRA Formentor e-HYBRID represents the essence of the brand and will be key to doubling sales volume compared to 2020. Our goal is for the Formentor to represent 50% of CUPRA sales in 2021, half of which will be plug-in hybrid versions”. “Electric hybrid sales in Europe amounted to 11.9% of total sales in 2020, up from 5.7% in 2019. The market will continue to grow and enable the transition to electrification.”

The CUPRA Formentor e-HYBRID is produced at the brand’s home in Martorell on the new line section created entirely for the production of electric hybrids, integrated into Line 2, that also produces the CUPRA Leon and its e-HYBRID version, as well as the CUPRA Formentor.

Formentor, the gateway to international markets

The Formentor is a key driver in CUPRA’s globalisation strategy. With the launch of this model, the brand aims to consolidate its position in the main European markets and enter most electrified countries in Northern Europe, such as Norway. CUPRA also plans to extpand its footprint into new international markets.

With its seven engines, including two plug-in hybrids, the CUPRA Formentor is the brand’s entry into the CUV segment, which is set to double its market share in Europe in the next five years. This high-performance crossover, which was shortlisted as a finalist for the European Car of the Year (COTY) awards, combines the brand’s unique DNA with cutting-edge technology, a dazzling and captivating exterior design, bespoke interior detailing and advanced, high-performance engine options.