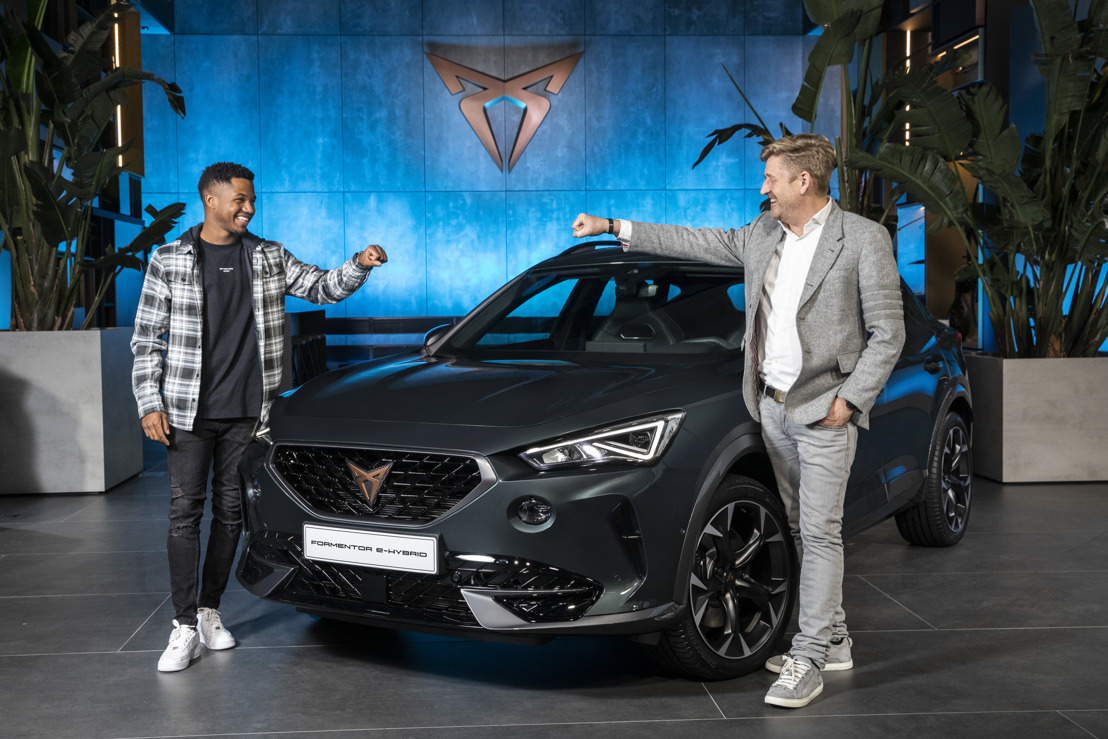 CUPRA brings FC Barcelona forward Ansu Fati on board as a new ambassador. The young star joins the carmaker to boost the brand’s international recognition and is the second FC Barcelona player to become a CUPRA ambassador, after German goalkeeper Marc ter Stegen. Earlier this year, Ansu starred in CUPRA’s ‘Going Forward’ campaign and delivered a message of optimism for 2021.

The youngest-ever player to score a goal in the UEFA Champions League visited the Martorell facilities and met with CUPRA President Wayne Griffiths at the CUPRA Headquarters. In addition, Ansu had the opportunity to learn about the brand’s future projects during his visit to the Design Centre, where he was welcomed by the new Design Director Jorge Diez.

“At CUPRA we strongly identify with Ansu Fati’s career, a young man with humble roots who fights for his dreams and inspires new generations from Barcelona with audacity and ambition. In a short period of time, both the brand and the footballer have forged a path in the automotive and football worlds thanks to their non-conformist character and desire for constant evolution. Ansu wants to make a difference and help society evolve, therefore he will be part of a group of young challengers with whom CUPRA aims to be the impulse of transformation in the era of electrification”, said Griffiths after meeting the FC Barcelona forward.

A young hero for a new era

The Barça forward described his feelings after joining the brand: “I feel very much represented by a young, dynamic, sporty brand like CUPRA, which aims to be unconventional with a distinctive, stimulating style. Its high-performance vision is a true reflection of my career as a footballer, and I believe our collaboration couldn’t be more successful. I look forward to being actively involved in the brand’s future projects and soon be able to drive their cars.”

Ansu Fati took advantage of his visit to Martorell to configure his own CUPRA Formentor, as his teammates did at the fitting event that CUPRA organised at the Ciutat Esportiva Joan Gamper, where 19 footballers from the club came together to personalise their models.

FC Barcelona’s new generation star, who has just been crowned with the NXGN 2021 award as the best teenage footballer on the planet., will be part of CUPRA’s team of ambassadors, made up of the next generation of young challengers who are set to be the impulse behind the transformation of the world in the age of electrification. In addition to Ansu Fati, other sportsmen and women representing the brand include Alejandro Galán and Ariana Sánchez, the world’s best padel players, and touring race car driver Mikel Azcona.

Ansu Fati had already collaborated with CUPRA in the launch of the ‘Going forward’ campaign. The young FC Barcelona forward starred in the spot and revealed his wishes for 2021: that life returns to parks and restaurants; that players get back on the pitch and spectators cheer at stadiums, cinemas and theatres.

The campaign encourages everyone to be the impulse the world needs to not only get back to normal, but to move forward. The spot ends with the appearance of the CUPRA Born, the brand’s first 100% electric model, which is scheduled for market launch in the second half of the year.