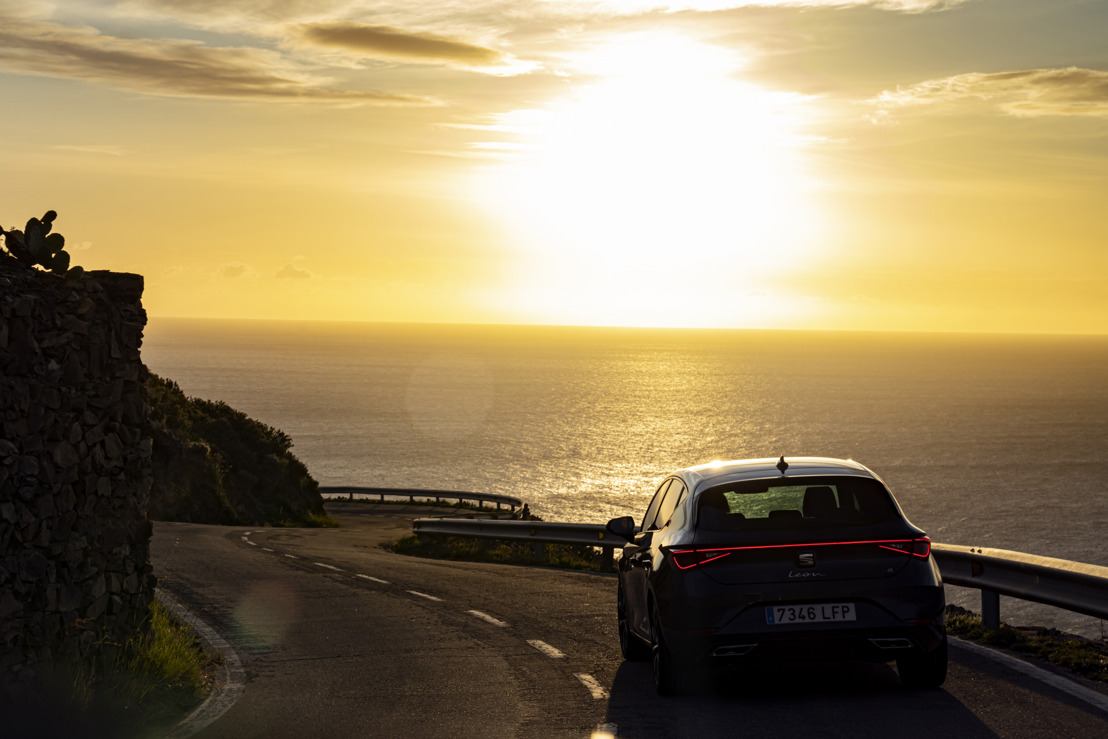 Since 1975, SEAT's Technical Centre has developed all the illumination technology for SEAT models. In order to reproduce real conditions in night driving, it has an optic tunnel for testing and validating systems that give these cars both the greatest visual comfort and the maximum safety possible. The driver receives 90% of their information through their sight, therefore illumination technology, both for seeing better and for being seen by other road users, is a key element of safety in the vehicle.

On the other hand, the lighting groups are a fundamental piece in the design of a vehicle and one of the elements that bring the most personality to it. Illumination technology has advanced greatly in the last two decades, with the introduction of xenon headlights, LED lights and assist and dynamic illumination systems. The latest version of the SEAT Leon takes illumination technology to the highest level.

Since the first generation, the SEAT Leon has stood out in the field of illumination, both for its design and for its lighting capacity. The first Leon was already ahead of its time, with powerful halogen headlights in a teardrop shape and prominent rear lights that ran from the rear spoiler across most of the boot. For lighting both on the exterior and inside the cabin, filament bulbs were used, although for the low and high beams halogen bulbs were used; an evolution from the incandescent bulbs in an inert gas atmosphere with tungsten filament and a small amount of a halogen, such as iodine or bromine. The halogen headlights with H7 bulbs provided up to 450 lumens of intensity (luminous flux on the road; low beam) and a light colour temperature of 3,200 Kelvin (slightly whiter warm light), with a consumption of 55 watts in the low beam.

Between 2005 and 2012, the SEAT Leon started to introduce new illumination technologies in a constant process of evolution and improvement. It allowed customers, for the first time, to choose between halogen or bi-xenon technology for their headlights, with gas discharge lamps for both low and high beams. This technology offers greater luminosity, (850 lumens compared to 500 with halogen), consumption that is 35% lower and a longer life. Also, the whiter colour, with a temperature of 4,000 Kelvin degrees, reduces eye fatigue for long journeys at night.

However, the second-generation SEAT Leon offered a greater number of innovations, such as illumination for bends through the front fog lights (available after model’s midlife update) or, in combination with the bi-xenon lights, the dynamic illumination for bends, which through the sideways movement of the headlights follows the outline of the road. In this way, the driver detects the angle of the bend ahead of time, increasing safety and confidence while driving.

In the constant evolution of this model, we also see new rear lights with LED technology.

In 2012, the Leon set itself apart from its competitors by being the first to offer, as well as the halogen headlights, Full LED headlights for all its functions. It was the first SEAT to use this technology, and for the first time we see the characteristic triangular LED lights on the Leon.

Its lighting performance, at 600 lumens (luminous flux on the road; low beam), was well above that offered by halogens, (the number of lumens per watt consumed was up to five times higher than that offered by gas discharge lamps). Furthermore, they offered a temperature of 5,000 degrees Kelvin - a cold light that is much more similar to natural daylight - and also, not only does it provide greater clarity than previous solutions, thus helping to further reduce eye fatigue, but it also allows more defined control of the light beam in order to avoid dazzling others and to cover the greatest surface possible, increasing the safety of the occupants and other road-users.

Another advantage of LED light is their long duration, with a minimum of 10,000 hours of uninterrupted use, which exceeds the useful life of the car itself and don’t require maintenance.

The LED headlights in the third-generation Leon have six light-emitting diodes for the low beam and three more for the high beam, with a consumption of 20W per headlight (low beam). The LED permit functions that were not available until that time, such as the possibility of varying the height of the beam in two anticipated situations, when exceeding 110 km/h for over 30 seconds and when changing to the low beam. One added advantage of these LED headlights is that they do not use fans in the heat sinks, which permits reduced electrical consumption and the removal of a source of noise. In this generation, the Leon also benefits from driver’s assistance systems, such as the automatic change between low and high beams. Furthermore, the third-generation Leon included large rear lights which use LED technology.

On the inside, the ambience lighting for the doors allows for a choice between two colours (white and red) through the "SEAT Drive Profile" and later, after the 2017 update, between eight colours.

The all-new SEAT Leon lights the way in the segment

The fourth-generation SEAT Leon is the most advanced vehicle in the history of the brand. This also translates to its cutting-edge illumination technology, bringing LEDs to a new level of sophistication and efficiency. In this model, the halogen lighting completely disappears.

The all-new SEAT Leon offers two levels of front illumination. The standard LED uses four diodes per headlight and offers 550 lumens (luminous flux on the road, low beam). The Full LED dynamic headlights, with up to 900 lumens and 11 light-emitting diodes per module, provides illumination with greater intensity and accuracy without dazzling other road-users.

The LED illumination offers greater light output, greater possibilities of where, when and how to aim the beam of light, lower consumption and higher durability. Another contribution to better safety at the wheel is the quick reaction time. An LED diode responds 150 milliseconds faster than an incandescent lamp, which, when driving at 120 km/h, allows the driver behind to see our brake lights five metres earlier. Even the indicators on the mirrors allow, thanks to their sequential mode, other rode users to see which way the Leon is going to turn with greater clarity.

LED technology also permits more freedom in the design. The rear of the new SEAT Leon offers, in the Xcellence and FR versions, functional illumination that connects the lighting groups across the width of the body, called "coast to coast".

However, the concept of illumination in the new SEAT Leon goes much further. The greeting "Hola!" is projected on the ground when the doors are opened Once inside, the wraparound ambient lighting allows the user to vary both the intensity and the tone of the illumination. The interior illumination was not only conceived to increase the comfort of the occupants and to provide a more sophisticated design, but it also delivers an important safety function with the safe exit assist. This system, through light and sound alerts, notifies the passengers if a vehicle is approaching from behind when they open a door.