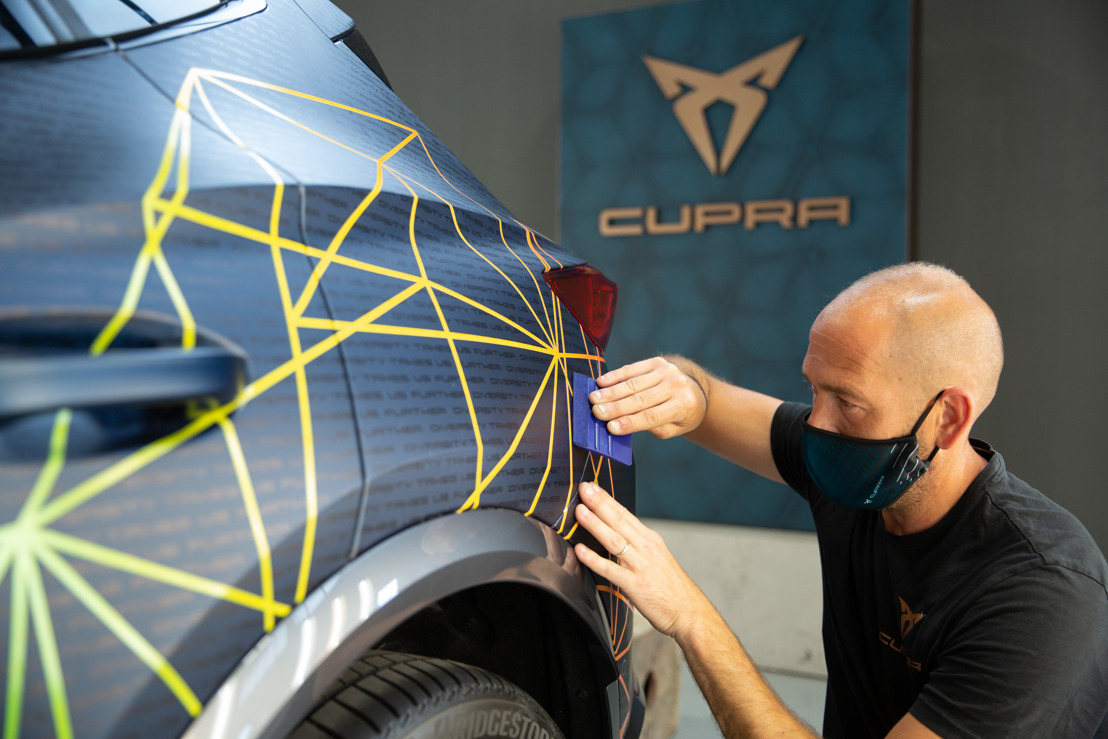 June is drawing to a close and with it, LGBTI+ Pride month. But the demands of the community are not over, nor are the initiatives to raise awareness about the importance of celebrating and respecting diversity. On the occasion of World LGBTI+ Pride Day, which is celebrated today, June 28th, CUPRA presents the “Diversity takes us further” Formentor, a special unit designed to represent the brand’s inclusive spirit. CUPRA wants to encourage experiences that heighten emotions; and emotions are universal, regardless of gender, race, or sexual orientation. “Being different is a result of being extraordinary” says Antonino Labate, director of Strategy, Business Development & Operations at CUPRA.

- Making diversity visible. “At CUPRA we firmly believe in authenticity as a fundamental value for the full development of any person, both in their personal and professional lives” explains Benjamin Ramírez, head of the Culture, Change & Diversity department. The idea of creating a special diversity-inspired Formentor was inspired through a collaboration of several different areas. The result is a car that “has diversity in its DNA” explains CUPRA manager Miguel Díez, who is also the founder of Pride Moves Us, the employee network that promotes LGBTI+ inclusion which holds meetings at the CUPRA Headquarters building.

- Exciting design. This special unit of the CUPRA Formentor features the company’s Diversity Manifesto slogan “Diversity takes us further”, recently presented, in shiny lettering as a contrast to the vehicle’s iconic Petrol Blue Matt colour. The message is emphasised by geometric lines that run through the body, representing the colours of the LGBTI + flag and the Northern Lights. “From the outset we shied away from the idea of overly embellishing the car, as we wanted the message to emerge from inside the car, in its own skin” explains Jordi Font, head of Colour&Trim Development. “I think we’ve managed to maintain the very essence of the CUPRA Formentor while at the same time enhancing the diversity details” adds the designer. “There’s a first visual impact achieved with the colour of the lines that stand out on the side, and then you can see the letters that shine on the matt surface and invite you to come closer” explains Jordi. In this sense, “It's been very special to design this model that interprets diversity according to the CUPRA Tribe's spirit” he adds.

- Getting the message out. The model will be on display at CASA SEAT until the end of the month. Several initiatives will be promoted this week, including a masterclass on the challenges of diversity and LGBTI+ inclusion within the company. Similarly, a talk on diversity and emotional health will be held for the workforce, organised in collaboration with REDI (Business Network for LGBTI+ Diversity and Inclusion), the first business and expert network on diversity and inclusion in Spain. “The aim of our diversity policies is for all people to be truly free and freely true in their work environments and in the company, and to transmit these values to society” concludes Ramírez.