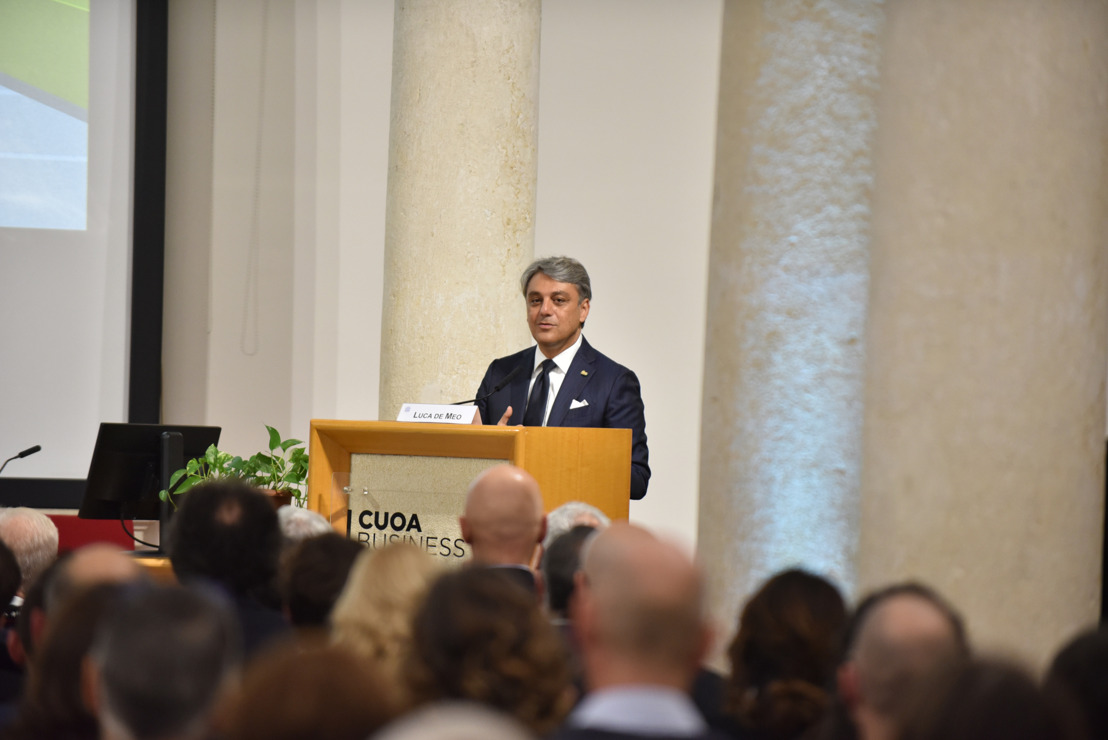 Luca de Meo has more than 25 years’ experience in the automotive industry. He has worked for ten brands from four automotive groups and has participated in the launch of more than 50 models. During his career, the current President of SEAT has focused on values, which in his opinion create value, and on fostering innovation.

The President of SEAT stated “it is an honour and a privilege to receive a Master Honoris Causa from one of the most recognised business schools in Italy”. He added that “attitude is the spark that ignites innovation. But a single spark is not enough; it requires support from institutions, a business network that is connected and forward-looking and an excellent academic environment. For this reason, institutions such as CUOA Business School play a fundamental role in the development of talent and innovative thinking in the business environment.”

Furthermore, CUOA Business School President Federico Visentin pointed out that “by awarding Luca de Meo an Honorary Master’s Degree in Business Administration, CUOA Business School wishes to acknowledge his success, the quality and skills that characterise his management style, and the human values that have guided him throughout his career. We appreciate Luca de Meo’s commitment to improving talent, his ability to rely on business culture as the key to success of every business, and his commitment to an efficient management model which fully represents Italian culture, heritage and entrepreneurship in the world.”

CUOA Business School is a prestigious Italian business school that was founded in 1957 with the aim of contributing to the dissemination of business culture, which it also views as a social commitment. During the ceremony, the business school presented its 48 masters programme students with their executive MBA.

Under his leadership, SEAT has launched the biggest product offensive in the history of the company and significantly boosted its financial and commercial results, achieving historic records in the last years. The company has reorganised its structure and launched projects aimed at offering mobility services and has increased its international presence as well. In 2018, SEAT successfully launched a new brand, CUPRA, which in just one and a half years has managed to captivate motoring enthusiasts.